Jared Tate: Two Ways My Residency Prepared Me for the Future 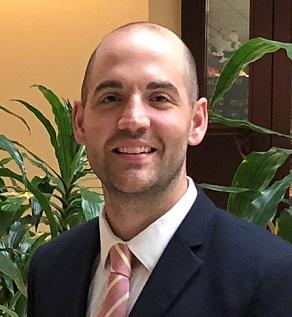 The AMCP Foundation welcomed two pharmacist residents, Jared Tate, PharmD, and Emily Tsiao, PharmD, for a one-month rotation during May 2019. The rotation is a component of the Postgraduate Year One (PGY1) Managed Care Pharmacy Residency at Premera Blue Cross in Seattle.

Our last newsletter featured Emily’s advice for pharmacists starting their residencies. In Part II of II of Resident Perspectives, Jared shares observations and lessons learned during his residency, which he completed at the end of June.

My managed care residency experience at Premera Blue Cross wasn't exactly what I expected, but it turned out to be everything I had hoped it would be. As I reflect on the past year, I wanted to comment on the two most important ways my residency has prepared me for the future: experience and perspective.

“The more I learn, the more I realize I don’t know”, and isn’t that the truth. Like many of you, I’ve been shocked and frustrated by the intricacies and inefficiencies. I feel my residency has been invaluable in preparing me to face a challenging and uncertain future.

Jared Tate, whose PharmD is from the University of Arizona, completed his residency project on “Payer Management of Hemophilia.” Dr. Tate is now a Clinical Pharmacist at Premera Blue Cross in Seattle.

Are you interested in completing a PGY1 residency in managed care pharmacy? Learn more about this program at AMCP Nexus Residency Showcase!