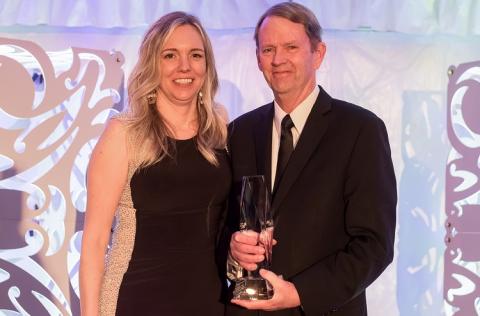 Noelle Pikus Pace is one of the most decorated US Women’s Skelton athletes in US history. For those of you who are not familiar with the sport, skeleton is where athletes lay down head first on a small sled and blast down a bobsled track at almost 80 miles an hour. I know, it’s crazy! At the 2014 Olympics in Sochi, Noelle was in position to possibly win a medal, which is a very rare occurrence for the US Skeleton team. After completing her last run, she and the crowd looked at the clock for her time and realized she had won the silver medal. Instead of thumping her chest and bringing the attention on herself, she ran over to the railing – pointed up to her family, friends, teammates, and coaches and said emphatically, “We did it!”

Noelle’s name will forever be shown as the silver medalist in skeleton at that Winter Olympics in 2014, but in numerous interviews after that race she stated that she won that medal because of the dedication, sacrifice and diligence of a lot of people that supported her over the many years of her career.

Tonight, I feel exactly the same way Noelle did. I have been honored with this award which I humbly accept and will forever be grateful. But I do not for one minute believe that I deserve too much of the credit for the achievements I am credited with over my almost 30-year career in managed care pharmacy.

Tonight, I want to identify those teams and people that have been a big part of this recognition.

First, my family. It seems like family members always get recognized last. I want to recognize mine first. Without the support of my wife, Colleen, and family, I could not have spent the last 30 years flying off to meetings across the country, sometimes over weekends. They had to put up with my soapbox speeches with a passionate plea for some issue in managed care pharmacy. Without their support, I would not be here tonight. My loving wife, Colleen, is here with us tonight which is very fitting because she shares in this award with me.

I also have my son, Tate, here with his wife, Kara. Some of the long-time Academy staff will remember Tate when he attended our 1st AMCP conference in Orlando, Florida over 20 years ago when he was 3 years old. Tate got to come with us to Orlando because the AMCP conference was over Halloween that year. Long-time staff will not recognize Tate tonight without his elephant costume on that he wore at the Halloween Party we had. Unfortunately, due to distance and schedules my other 3 children could not be here with us tonight. But to them I want to say a heartfelt thank you as well!

The Second group I want to recognize is my second family here at AMCP. From the first meeting I attended in Phoenix, AZ in 1992, I was pulled into the circle of leadership and friendship within the Academy. Diane Giaquenta was the incoming president that year and I introduced myself to her and gave her my business card. I said, Diane, if there is anything you think I might be able to help you with for the Academy, please let me know. A short time later she invited me to sit on the prestigious Finance Committee. That was very kind of her.

The next thing I knew, I was asked to run for Treasurer on the Board of Directors. I was shocked when I was elected. That allowed me to rub shoulders with and learn from the Board of Directors of the Academy for 5 years. These were men and women that were leaders in different managed care organizations across the country. They mentored, supported and befriended me. My path continued when I was elected President of the Academy in 1998. I treasure the relationships and the lessons I learned from so many colleagues, many of whom are here tonight. I was blessed to work alongside many of the past recipients of this very award, particularly Lowell Sterler, who became a life-time friend, and John Hopkins who was a great example of pure integrity.

That appreciation for my family at AMCP continued further when I joined the staff to run the Foundation in 2000. It was a great experience working with Judy Cahill and her staff and I continued to work with the Board of Directors and the leadership for 5 more years at the AMCP office. I have to call out my small team of people that mainly supported the Foundation back then. That was Nicole Reynolds Berry, Jean Marchand and Richard Fry. What a great team they were and I cherish the time I had working with each of them. I marvel at what I learned over those years about the managed care industry and how things worked on Capital Hill. Maybe that is one of the reasons I left! Just kidding.

In my early days in managed care in the early 1990’s, I was privileged to sit on a few P&T Committees. The information we had available to make formulary decisions was based on very limited information. Those decisions for formulary placement were not made so much on a medication’s value, but simply on what the new medication was prescribed for and how much it cost per day of therapy. Clearly, we needed more information…we needed better evidence to make Value-based decisions.

So, when I was serving as the president of the Academy in 1999, I was delighted when Dr. Sean Sullivan approached the AMCP Board of Directors with a proposal that he and a committee of people develop a new document that would lay the foundation for medication evaluations based on the evidence of that medication’s clinical and financial VALUE. They believed by using the unsolicited request statute through the FDA, this information could be obtained from manufacturers. We approved Dr. Sullivan’s proposal and his team spent 18 months developing it. I do not have time tonight to mention all of the people on that committee, but the Format version 1.0 specifically called out the work of Dr. Pete Fullerton, Dr. Paul Langley, and Dr. Sean Sullivan. They were critical to that initiative.

In 2000, as I mentioned, I was serving as the Executive Director for the Foundation. Shortly after starting in that position, the Board of Directors approved the AMCP Format for Formulary Submissions document that the committee had completed. I was extremely excited, but also worried that all of the work and effort the committee put into that document would not be realized, unless we proactively promoted it through education programs across the country.

First of all, we needed to convince the executives of pharmaceutical companies that developing product dossiers and distributing them through an unsolicited request would be acceptable to the FDA and that product dossiers would be in their best interest. We also knew we needed to motivate P&T Committees and administrators of PBMs and health plans to request these dossiers and utilize them in their formulary assessment process. This is all second nature today, but back in 2001 and 2002 most health plans and PBMS had not heard about the AMCP Format or this new assessment process.

In the end I was able to raise hundreds of thousands of dollars to support educational programs that we presented all over the U.S. We presented to a large number of P&T Committees, health plans, state Medicaid administrators and senior management teams at pharmaceutical companies.

Richard Fry, Judy Cahill and I met with the FDA several times presenting our case for why the AMCP Format should be allowed through an unsolicited request. The FDA officials were all impressed with what we were doing, but as typical with governmental agencies, they would not publicly address it. So, the presentations we did to pharmaceutical companies were critical because many of their legal departments were leery of providing the kind of information contained in the AMCP Format document through an unsolicited request. In the end we were able to convince them, it would be acceptable to the FDA and it would be in their best interest.

We also needed to educate other government agencies, so we did shortened presentations to CMS administrators, the VA and the Department of Health and Human Services. Sure, I was involved in all of those meetings and obtained the necessary funding for the programs we did, but it was the team we put together that are the real heroes.

That team consisted of Dr Sean Sullivan, Pete Penna, Dr Dave Veenstra, Dr Scott Ramsey, John Watkins, Dr Dan Malone, and my great assistant, Richard Fry. We provided over 50 programs across the country over a period of 2 years. We were constantly on the road, but it worked. Now the AMCP Format for Formulary Submissions is recognized for the impact it has had on the drug assessment process in our country and the positive impact it has had on the Academy. As a team I would say, “we did it!”

The Fourth team I want to recognize is the small group that helped us promote and coordinate the School of Pharmacy P&T Competition. It required funding and support, and it started small, but those early teams were enthusiastic and dedicated.  They further provided support for the AMCP Format for future generations of managed care pharmacists. That program has grown from the 6 teams we had in 2003 to 67 teams for this meeting.

Finally, I want to call out the great people I have the privilege to work with every day at MedImpact Health Systems. Many of my colleagues asked if they could be here tonight. I think they just wanted the free dinner. We have our company President and COO, Greg Watanabe, who made the decision to hire me six years ago. I think he has questioned that decision several times over the past 6 years, but thank you, Greg. I wish I had time to mention each of these colleagues by name, but Paula asked me to keep it brief, but I want to give a heartfelt thank you to each of them.

I want to sincerely thank all of the people and teams that I have highlighted here tonight. Most of you I did not identify by name, but you know who you are. Thank you! I am truly humbled to be here in front of you receiving this award.  Thank you to Alan and Paula and the Foundation Board and all those who have recognized me tonight.

I conclude where I started. In the words of Noelle Pikus Pace, I am recognized here tonight with this great award, but now you understand that it was not really me; it is because of all these teams,  “We did it!” Thank you all very much! Good night.