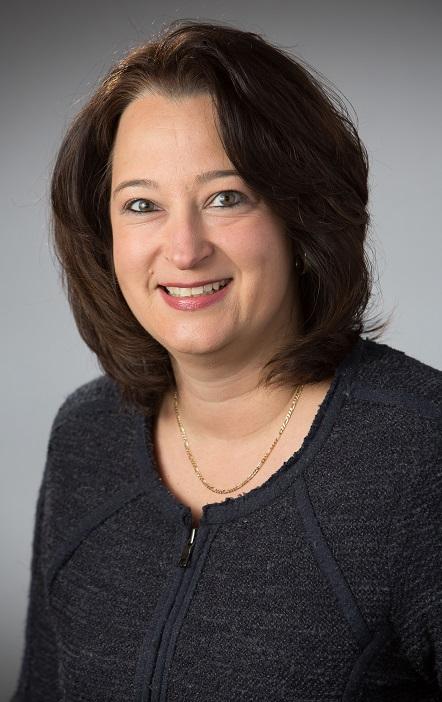 “Her experience within pharmacy is a virtual kaleidoscope of the profession.”

When you look at the illustrious career of 2021’s Steven G. Avey Award recipient you understand why AMCP Past President, Marissa Schlaifer, MS, RPh, described Babette Edgar’s career this way.

From training the next generation of pharmacists to sharing knowledge through collaborative research projects, Babette credits her trajectory to three pivotal moments in her life: being “led” to pharmacy as a major in high school, being recruited by a colleague to work at a PBM from academia, and being laid off from a position at a PBM.

As the first person in her family to go to college, Babette sought the advice of her high school “non-guidance” guidance counselor — as she wryly describes him — to help her with college applications. Babette knew she wanted to be in the medical field where she would be able to help people regularly. As she sifted through several dense college catalogues, she eventually landed on the idea of applying to a physical therapy program at a prestigious school in her home state of New Jersey. When Babette eagerly told her guidance counselor of her choice, his response was that she was not “smart enough” to get into a competitive physical therapy school and that she should try pharmacy. Ever the dutiful student, Babette applied and was accepted to Rutgers University, setting herself forward on the path to a career in pharmacy.

Her second pivotal moment occurred while she served as clinical faculty for the University of Maryland School of Pharmacy. Babette recalls that academia in the mid-1990’s was tough as the curriculum was moving from a bachelor of science and PharmD program to an exclusively PharmD program. Couple this shift with the added pressure to do research and clinical service, Babette was primed for her next step in her career. Babette not only helped shape the next generation of pharmacists but also designed and oversaw a residency program. As the coordinator for the P&T committee for the university hospital, Babette regularly met with drug representatives for new drug information.

When one of these reps left to take a new job, he asked her if she wanted to run the P&T program for a PBM. After asking, “What’s a PBM?” Babette happily accepted the role which set the pace for her career in managed care pharmacy. At the PBM, she experienced all aspects of the PBM business and developed another residency program that continues today.

Ten years later in that role, Babette experienced her third pivotal moment. She was laid off following the buyout of her current employer. “If you’ve ever been laid off, you will understand that is a very emotional and reflective time in your life,” remarks Babette.

Faced with this new reality, Babette reflected on her life’s goal to help people. Did she fulfill this goal? She knew she needed to change direction. After considering her goals and putting out a few feelers, Babette was recommended by AMCP to the Centers for Medicare and Medicaid (CMS) and secured an interview. Despite what she calls “the worst interview of [her] life,” Babette landed a position with CMS forging her path to serving as one of the architects of the Medicare Part D program.

“I believe all of us can point to these experiences and reflect upon what our lives would be like if we had chosen a different path,” says Babette. “I believe there are no wrong decisions – just decisions we can learn from.”

The Steven G. Avey Award recognizes a leader for their sustained, exemplary, and distinguished service to the practice of pharmacy. It is bestowed by AMCP Foundation in honor of AMCP Past President and AMCP Foundation Executive Director Emeritus Steve Avey. This distinction is the highest honor in the managed care pharmacy profession. Babette exemplifies every facet of the award and is more than deserving of this honor.

“No matter what the future throws at us, we as managed care pharmacists can figure it out and help make this world a better place for our patients, for our profession, and for our families.”

Watch Babette’s acceptance speech from the awards ceremony at AMCP 2021 Virtual, and join the Host Committee in her honor.